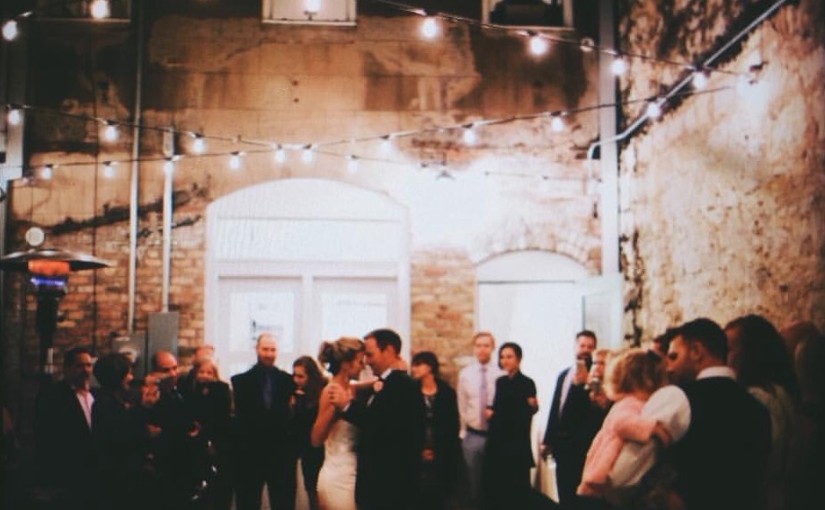 Jake Roehl and Whitney Joeckel are the very first couple to celebrate their dream day, their wedding, in this beautiful historic building, Tirzah!

Jake and Whitney’s wedding was a very meaningful and intimate occasion. Having a small wedding let them incorporate special moments that would be difficult to include in a large wedding. For instance, as their guests entered, each one found a card on a prayer board with a prayer inside that was written just for them.

They even wrote a prayer for me and Cory that we treasure. 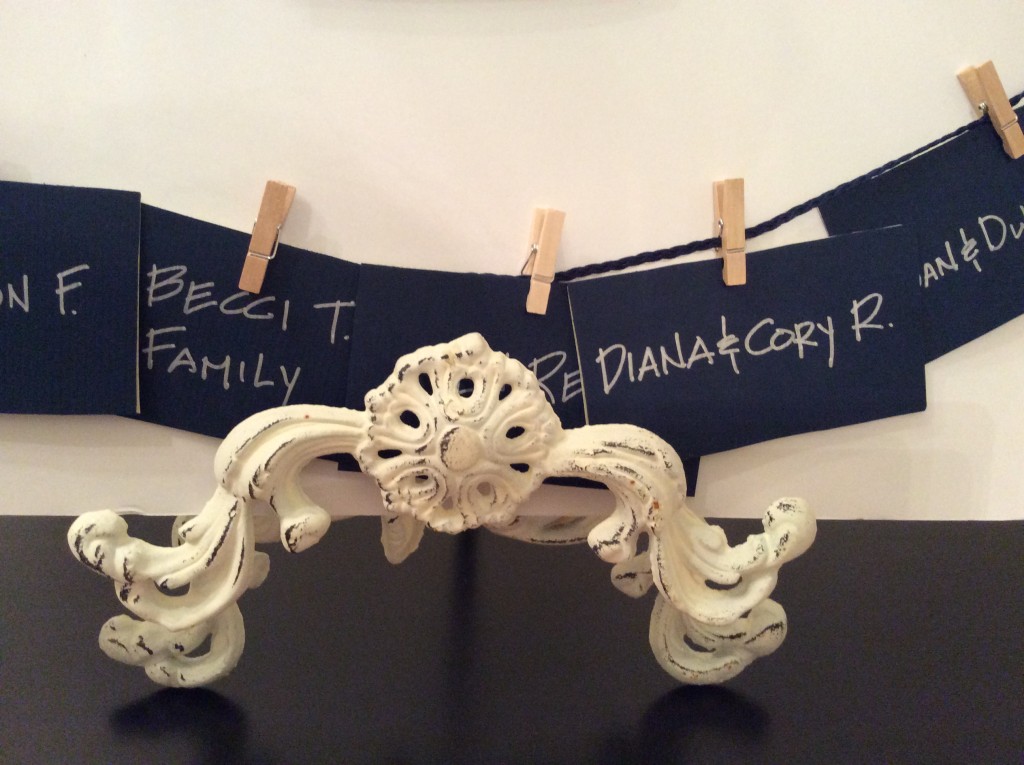 For the couple’s Guest Book, the guests signed a large wooden letter R with messages of love.

The couple chose not to have a first look prior to the wedding.  Jake arrived first at the venue, and he went into a separate area so that Whitney could go upstairs for the final touches of getting dressed for their wedding.

As the Bride was alone with her father before they walked down the aisle, they said a beautiful prayer together. They walked in to the song called, “Oceans … When oceans rise, my soul will rest in Your embrace. For I am Yours, and You are mine!”

Jake sees Whitney for the first time in her wedding dress as she is walking down the aisle.  This is a look of a man in love! 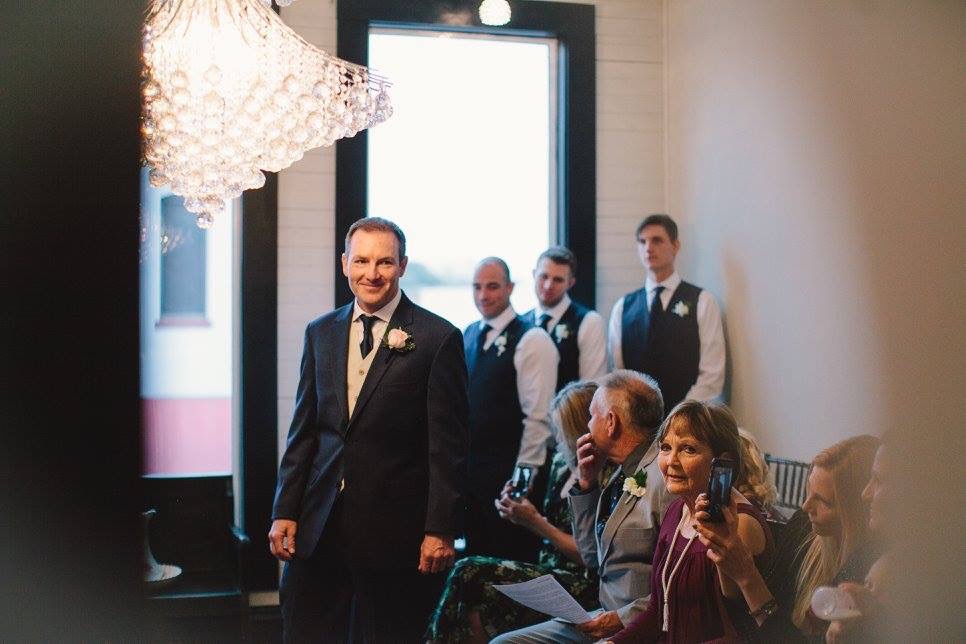 Both the Bride and Groom wrote their own vows to each other. At the beginning, the Bride seemed a little nervous, but as the Groom was saying his vows to her, you could see her nervousness fade away and be replaced with a radiant smile. 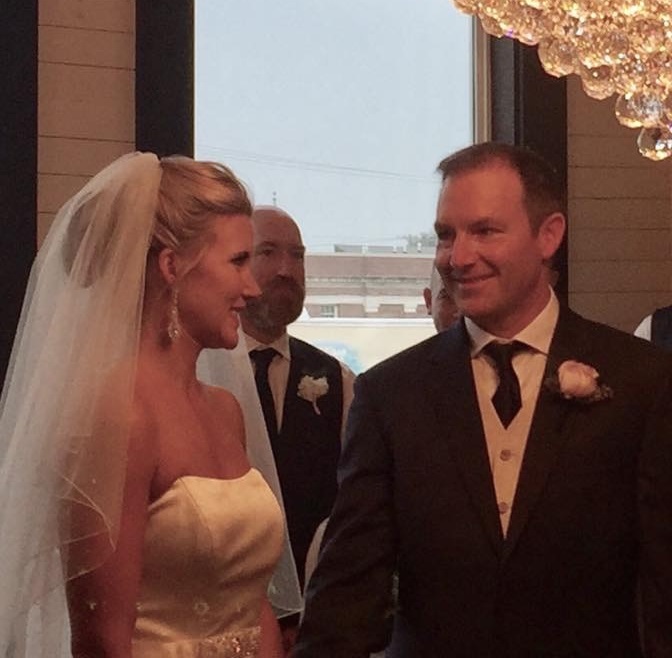 Two signature stand-out moments in this intimate ceremony included a Blessing of the Rings and a Feet Washing Ceremony. Their wedding rings were passed around the room on a beautiful small dish that read, “Amore.”  Each guest prayed a blessing over the rings, and then they passed the rings to the next guest. 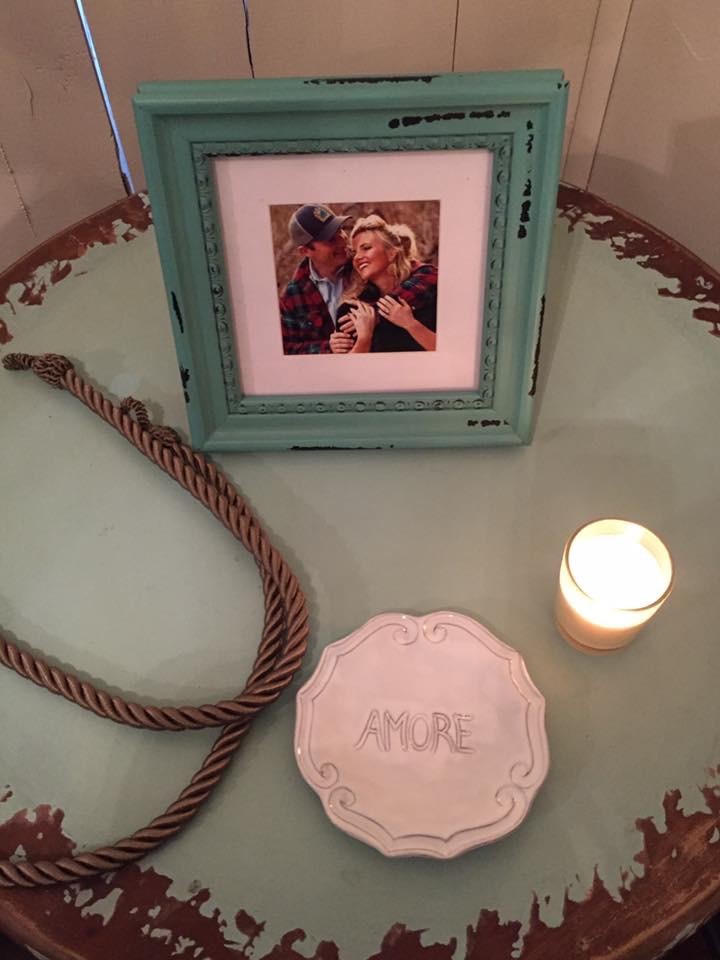 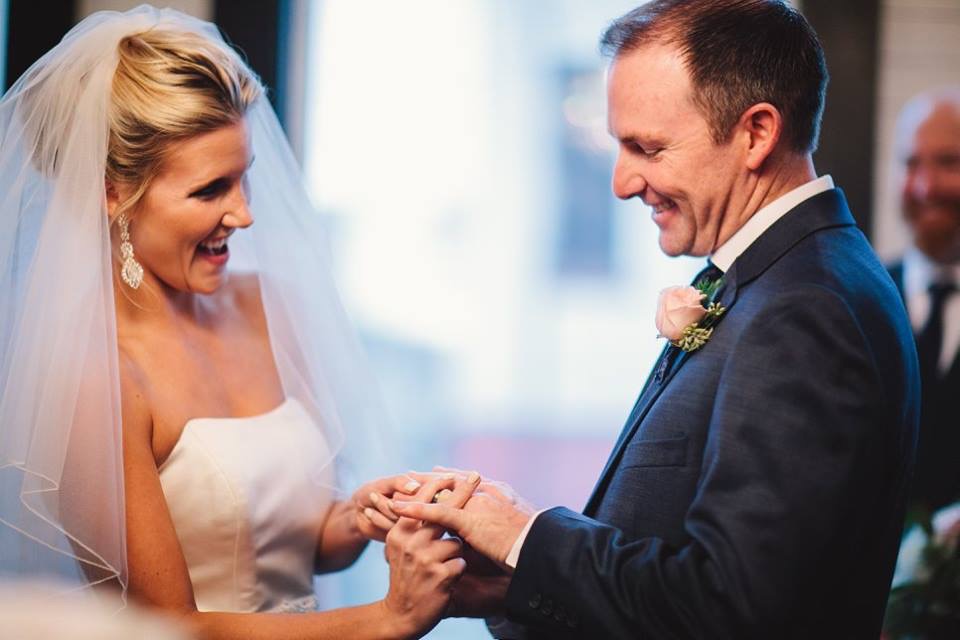 In the Feet Washing Ceremony, Whitney washed Jake’s feet. The beautiful symbolism of the act depicted their love and commitment; it demonstrated a humility of the heart, a sign of being humble, thoughtful, and willing to serve just as Jesus encouraged us to follow in his example.  In John 13:1-17, Jesus washed the disciples feet and instructed that we should do the same. 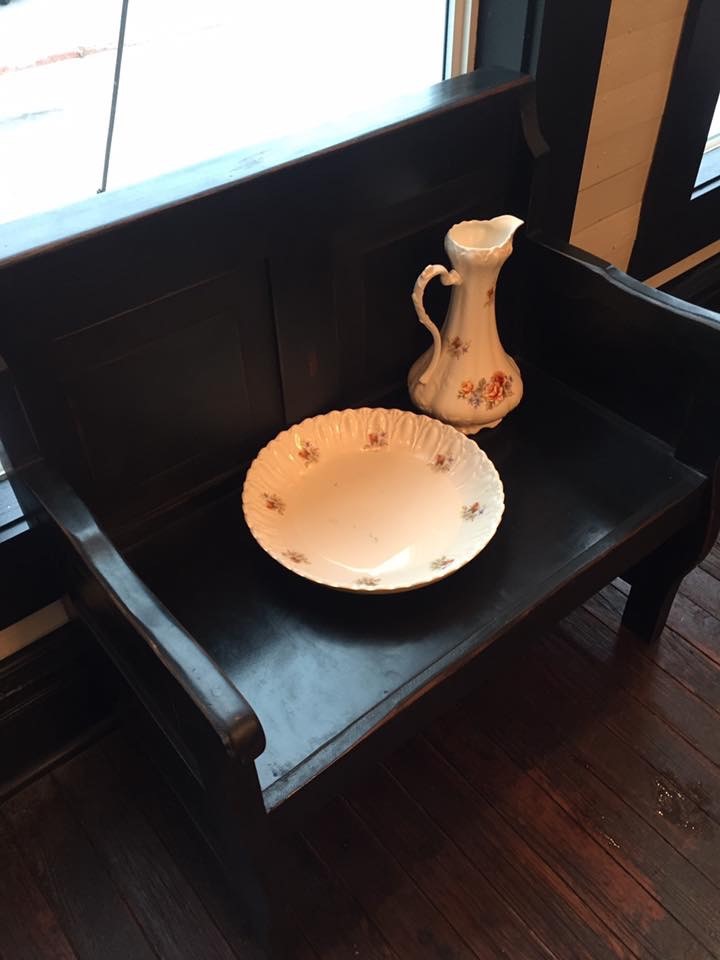 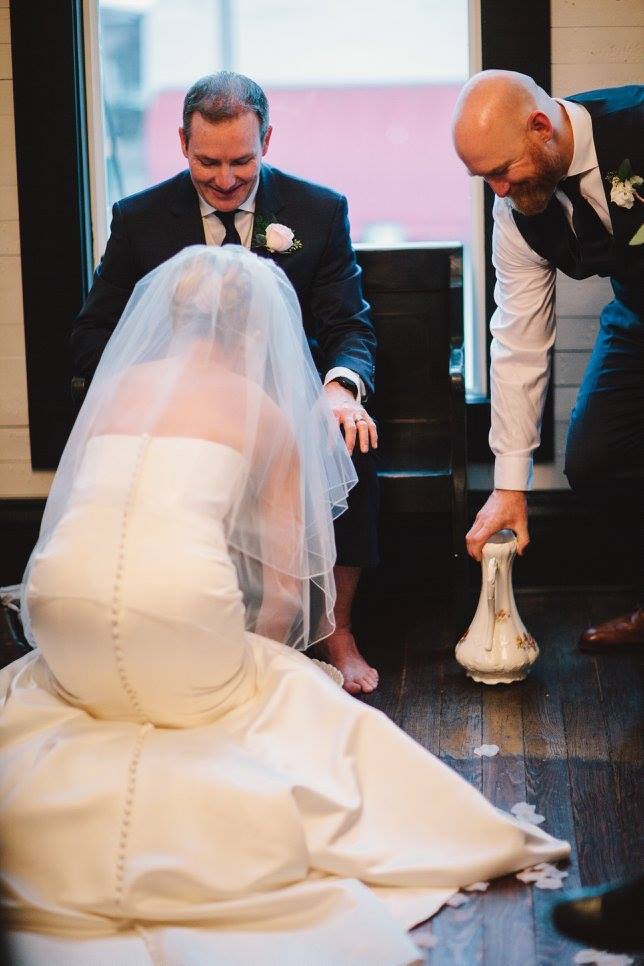 Another personal touch was that they had a display to meet the “Maids and Men.” Each had four attendants, and then Jake also had a Best Girl, his daughter Paige. Letters were written about each of the Bridesmaids and Groomsmen with a story introducing each one.  The letter mentioned how they met and why it was important for them to stand by the Bride and Groom on their wedding day, and then some trivia that the guests might ask them to start a conversation.  It was a very nice way for the guests to learn about the wedding party. 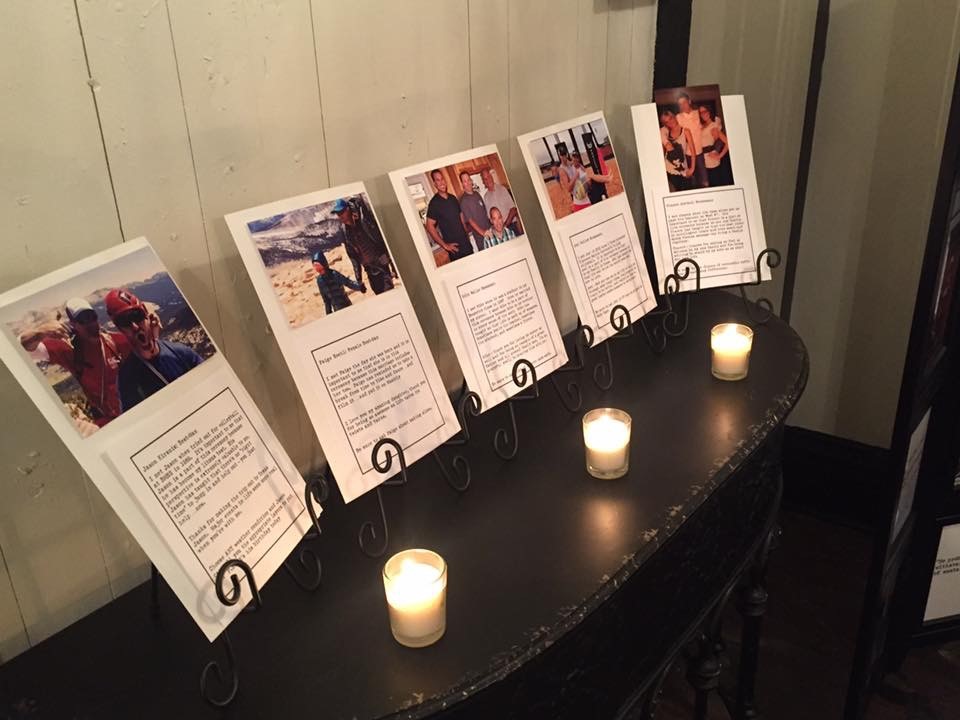 After the ceremony, the newlyweds took pictures in the courtyard with the rustic rock wall as a backdrop.  The photographers for the event were Jade and Kyle Pierce.

Since Jake proposed to Whitney on the beach, the reception design incorporated candle-lit lanterns with greenery and seashells. The colors of the wedding were navy with a hint of blush. 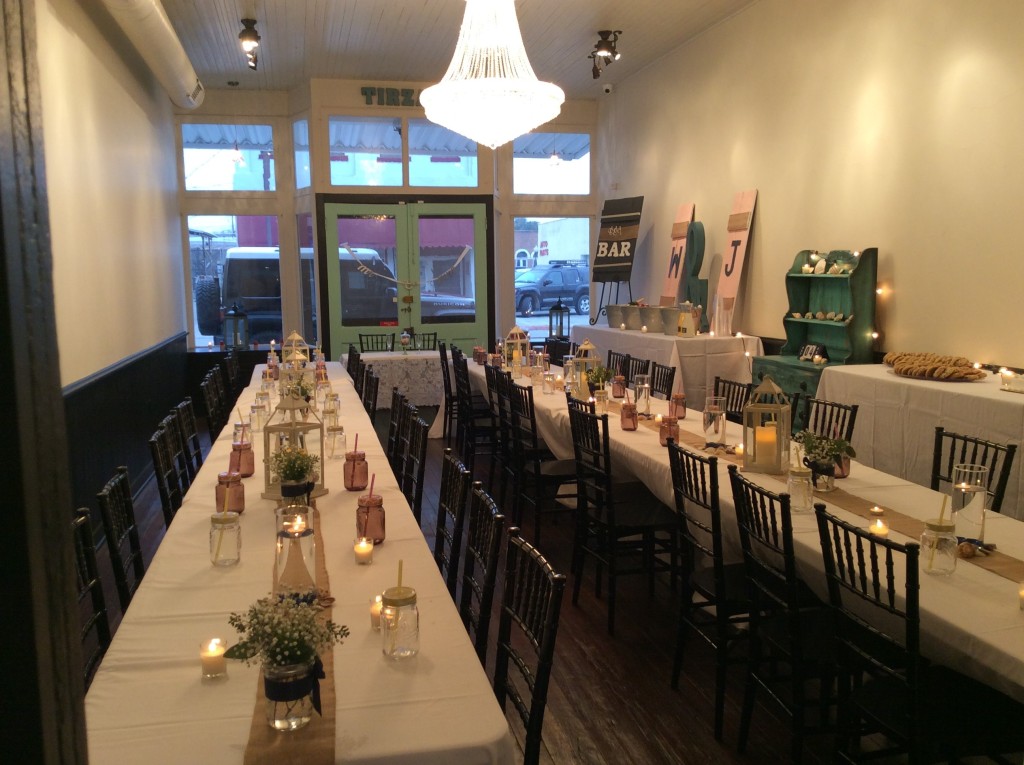 The florist for the event was Revyn Marburger with Ivory Bell Floral and Boutique. She provided the floral arrangements as well as the lanterns.

Jake and Whitney had a Sweetheart table at the head of the Grand Room. 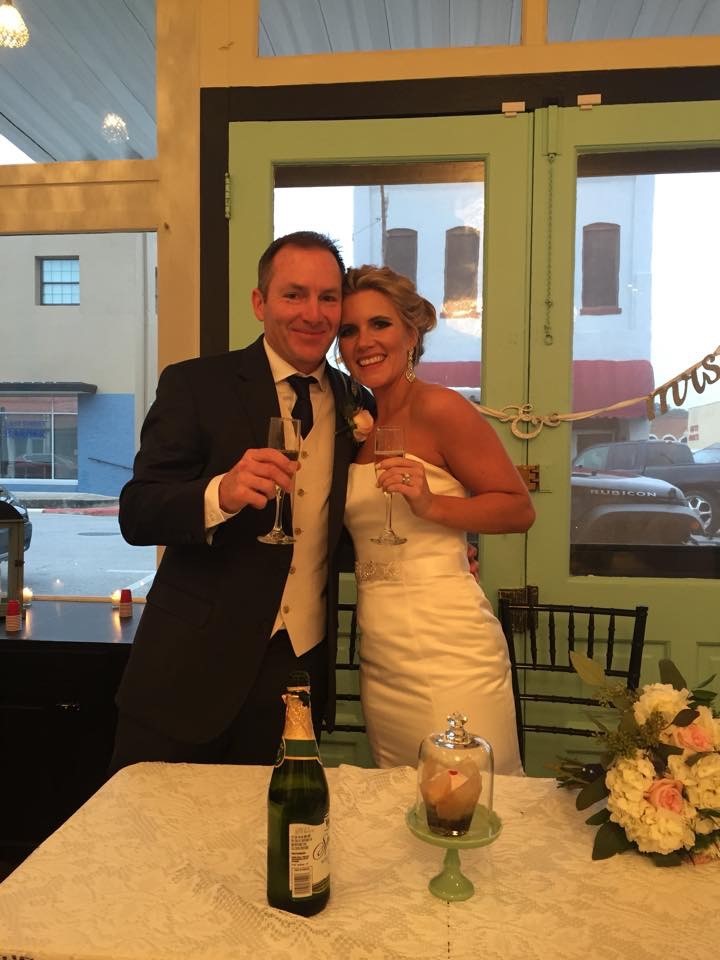 The Bride and Groom chose to have a dessert table with brownies that the Groom’s daughter had made and a small white cake; however, for their cutting of the cake, they cut the cutest cupcake with a little red heart on the top. 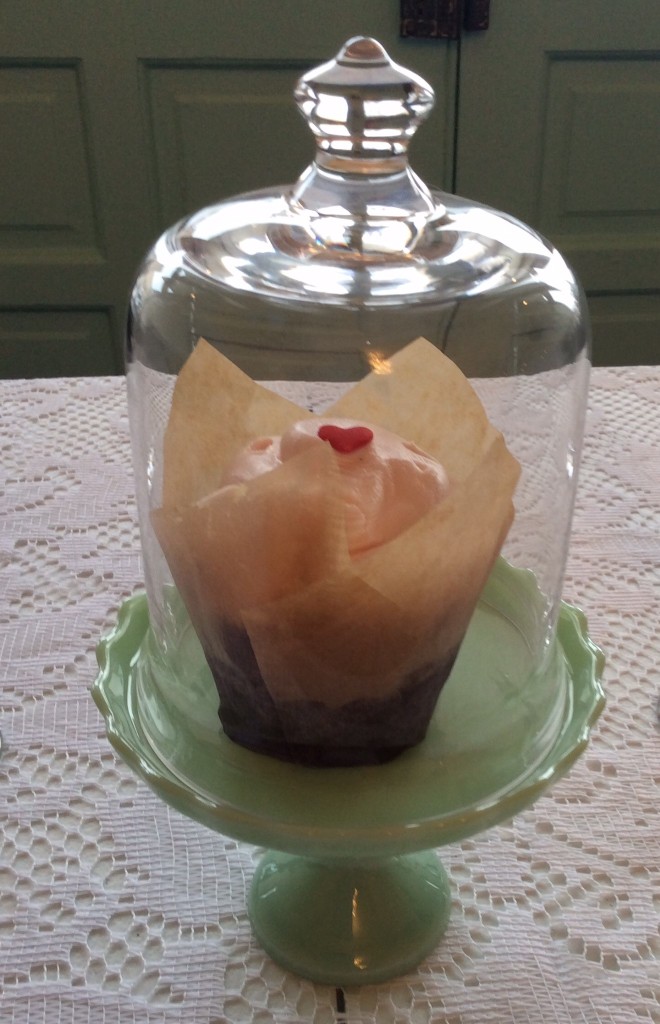 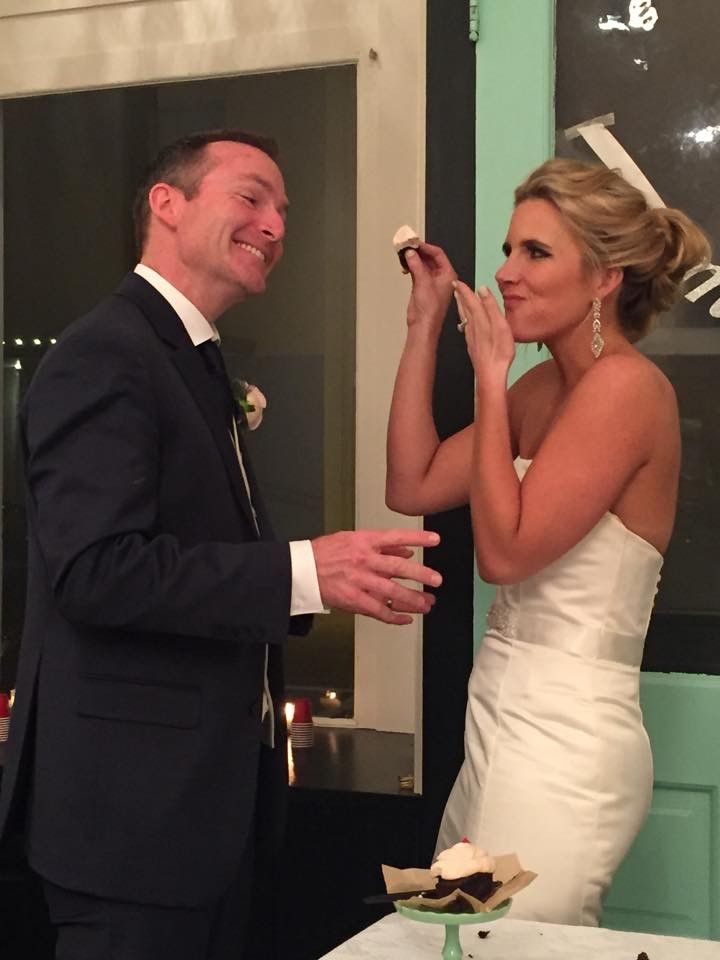 After toasts and eating a delicious Bar-B-Que meal from Miller’s Smokehouse, they danced the night away under the stars. The first song that the couple danced to was “Who I Am With You” by Chris Young. 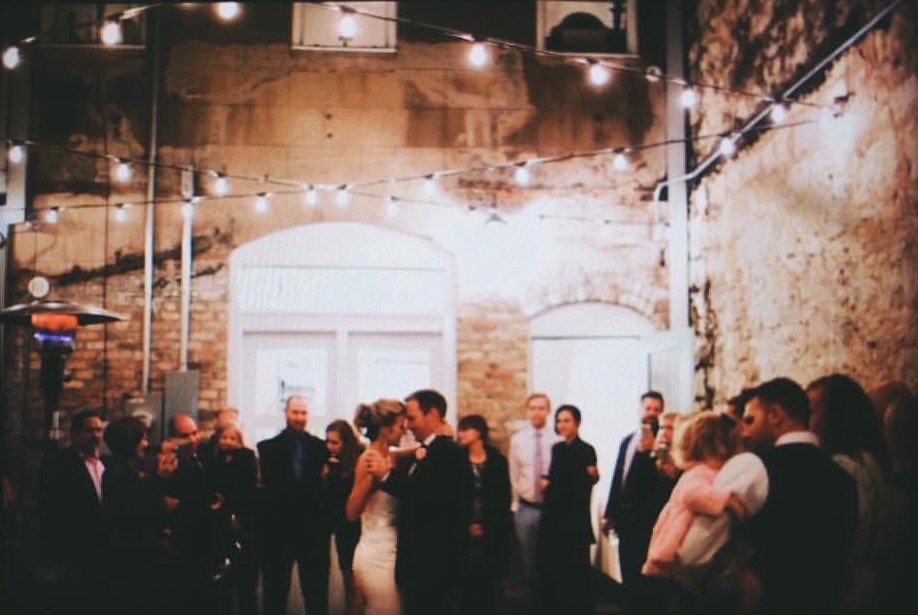 When it was time for the Bouquet and Garter Toss, Jake’s daughter Paige caught the bouquet. 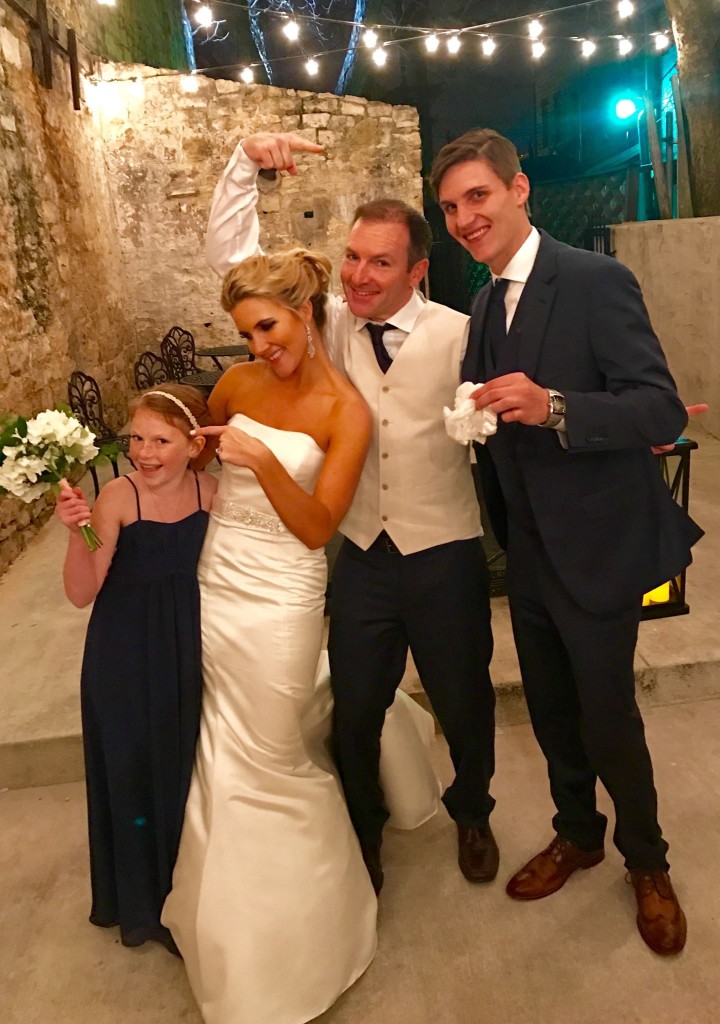 The couple said their goodbyes and had their final farewell. They laughingly entered the Grand Room, and they stopped to tell me bye and described their day as “magical!” ❤

For their getaway, they left in Jake’s jeep, and Jake lifted Whitney up to help her inside. They honeymooned in San Antonio, the City of Romance, and stayed at Hotel Emma on the Riverwalk at Pearl. Hotel Emma is a historical hotel that was once a 19th century Brewhouse.  The hotel was named in honor of Emma Koehler, who ran the brewery during Prohibition after her husband died.  This riverfront hotel has a genuine cultural flavor filled with a warm social experience. 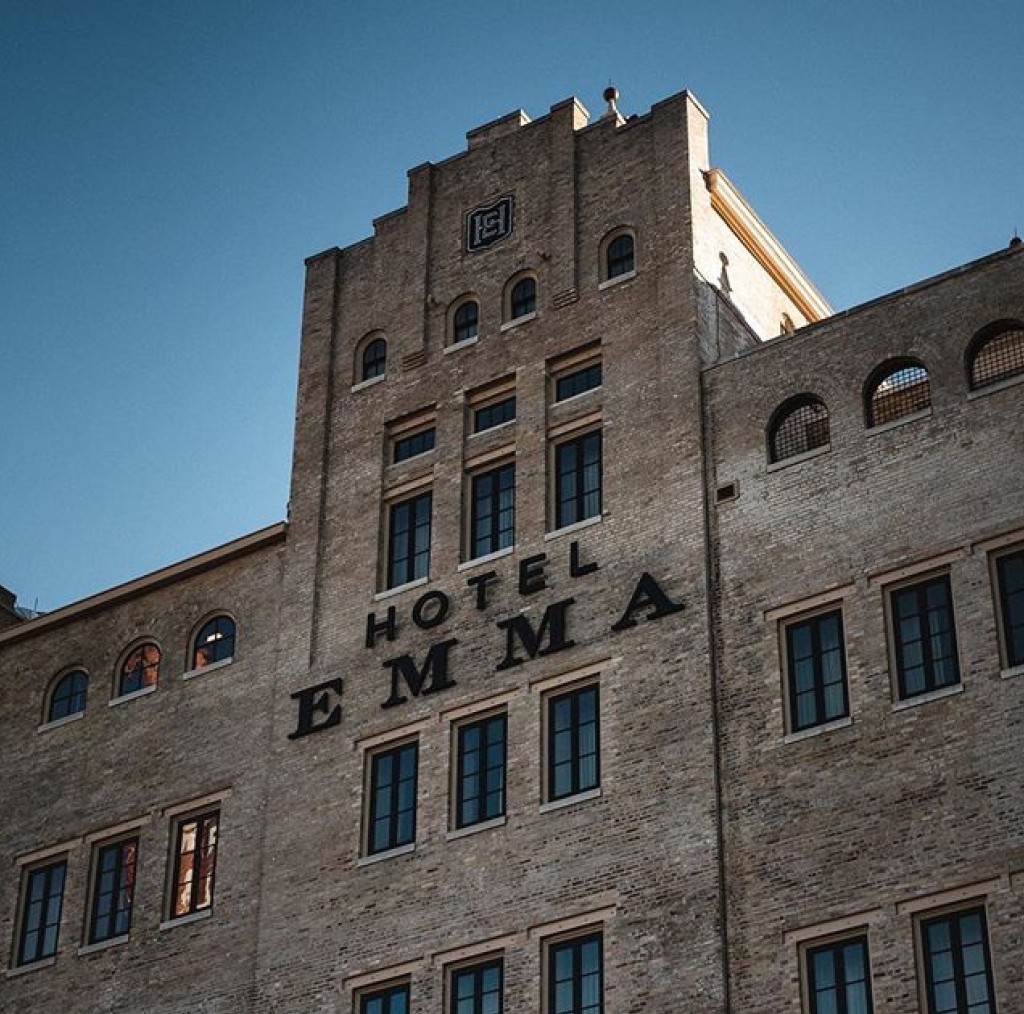 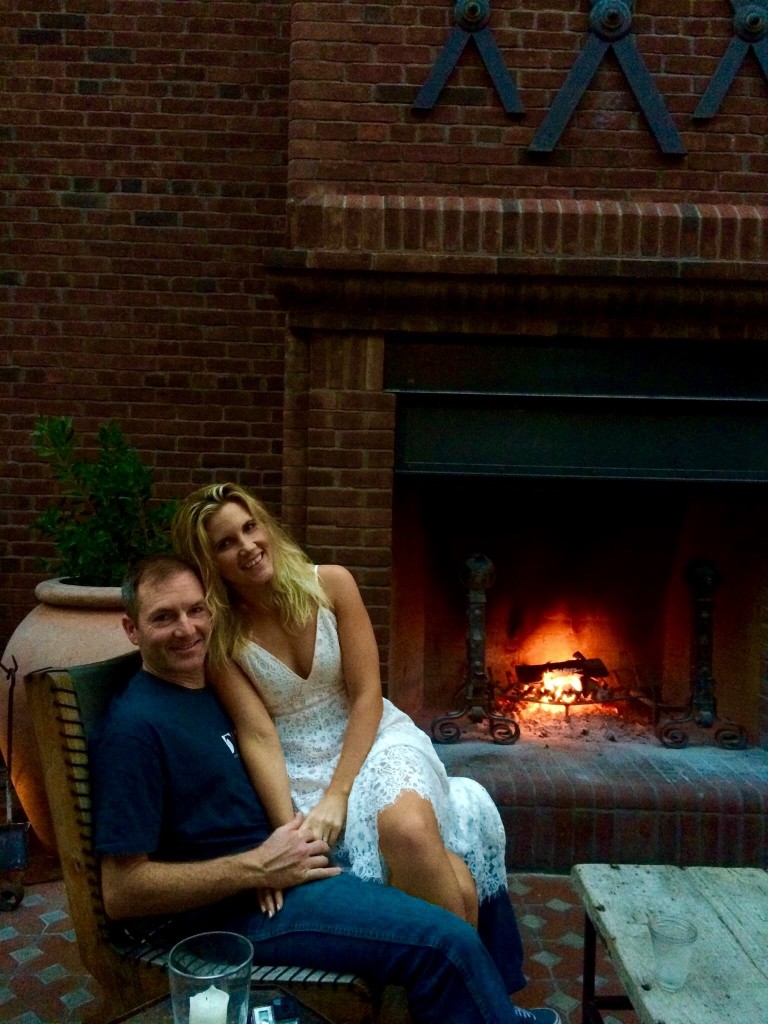 Filled with faith and full of love, they each married “God’s Best” for each other.  It was a beautiful, heartfelt day full of personal touches!! ? 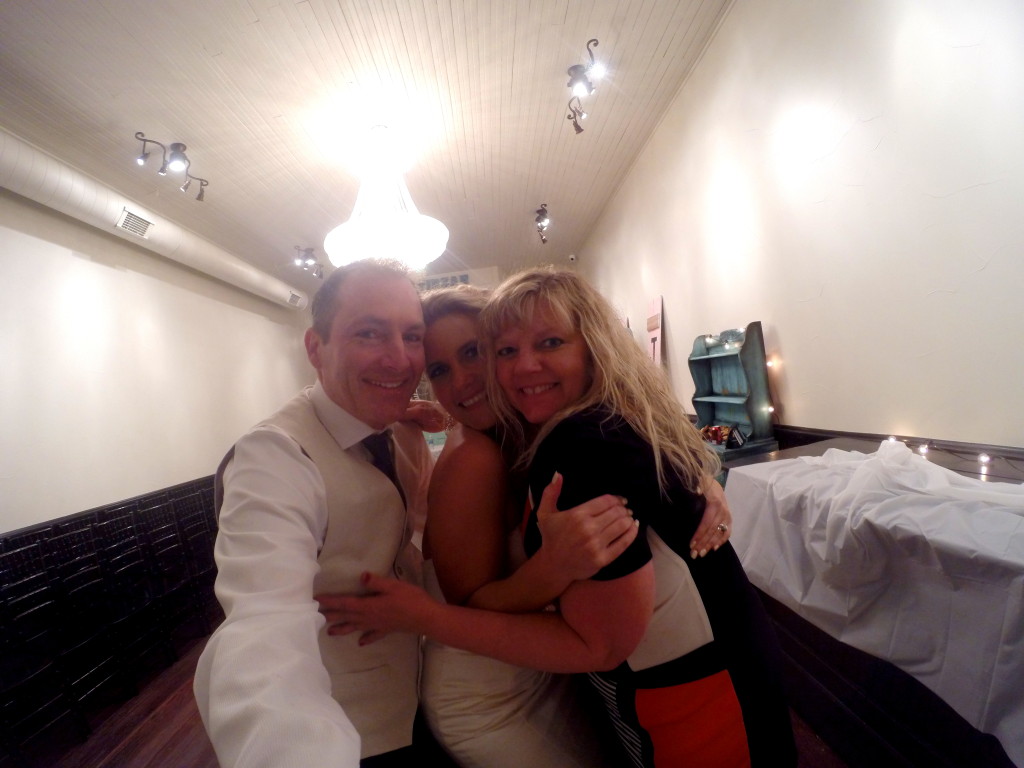 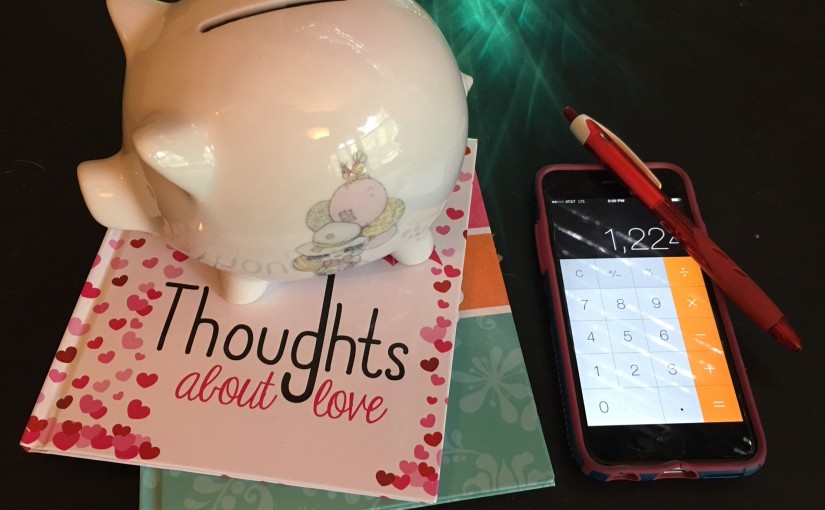 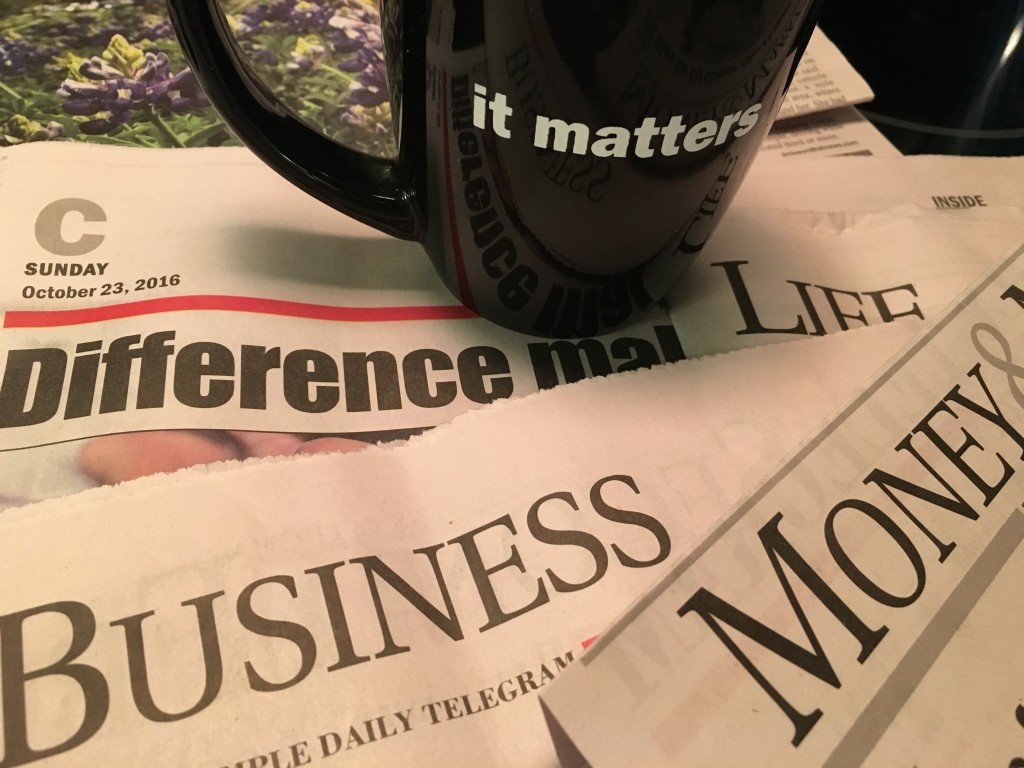 Before you get married, couples should discuss finances. It is quite romantic to say that opposites attract, but this does not hold true in the financial realm. Disparate goals on how the money should be utilized makes money a common battle ground in marriage. Financial conflicts arise in a marriage when one person wants to use the money for status and buy a fancy car each year verses someone that wants to use the money for security and save for retirement. The backdrop of competing desires makes money a major cause in divorce. 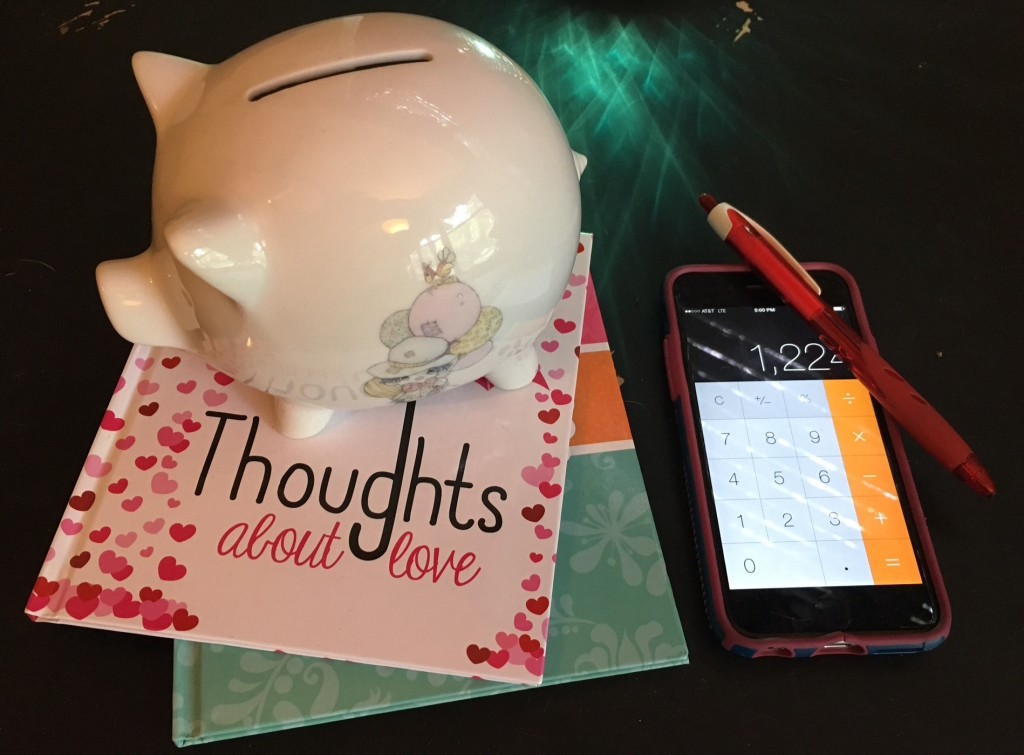 Money management is critical in a marriage if you would like to live ”happily ever after.” When you say “I do,” you are joining lives together which includes the financial component. To create a strong financial union, look at what you are both bringing to the marriage in regards to income and expenses. Obtain a credit report to confirm that there are not any surprises when you would like to apply for a mortgage loan. Consider how existing debts and future household expenses will be paid. Create a budget and track your spending each month to see how they compare. Create a joint account to cover the basic expenses, have automatic contributions go directly to a retirement plan and to a savings account, and have a predetermined amount for discretionary spending. Coming to an agreement on “yours, mine, and ours” prior to marriage will help prevent resentment. 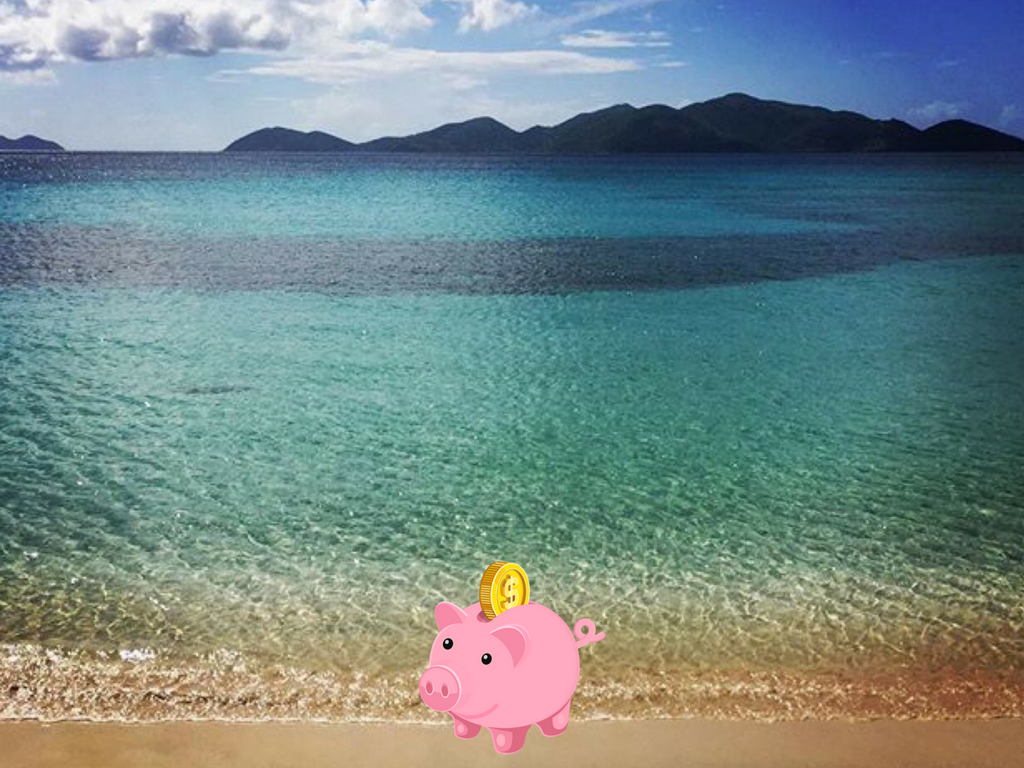 Advice to newlyweds is to save early and save often but set aside the funds to go on an adventure! ?